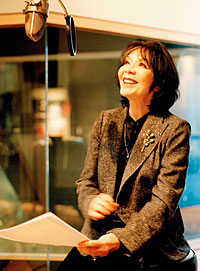 Born in 1927, Juliette Greco perfectly embodies the intellectual period of postwar France. She was known as the “Muse of the Existentialists”, or, because of the black turtlenecks and shift dresses she helped popularise, “The Black Rose of St. Germain”. This was also a reference to her dark and melancholy voice.

The woman nicknamed JuJube has over the years recorded over 50 albums of poetic and political chansons. In 2007 she released the nostalgic “Le Temps D’ Une Chanson”, a song collection which also featured prominent Jazz musicians such as Michael Brecker and Joe Lovano. For her new, sparsely-arranged album called “Je Me Souviens De Tout” Juliette Greco collaborated on her poetic texts with youngsters such as Oliva Ruiz and Christophe Miossec. 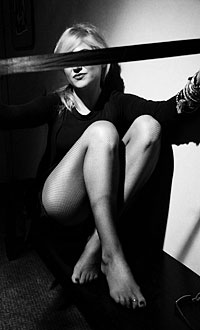 Melody Gardot has more drive than Diana Krall, more pep than Norah Jones and a lot more humour than Madeleine Peyroux. This young woman, who just a few years ago was hit by a truck while biking and was seriously injured, found her way back to a fulfilling life thanks to music. Her debut, “Worrisome Heart” , was an international sensation.

With a cool-yet-soulful voice Gardot entices the listener into a realm where time stands still and intense passions bloom. The singer also wrote almost all of the songs on her next release “My One and Only Thrill”, a compilation reflecting her wisdom of how the world is. The one exception a song made famous by Judy Garland: “Over the Rainbow”. The other ten haunting ballads on the album gravitate between Jazz, Blues and Folk.