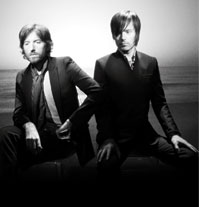 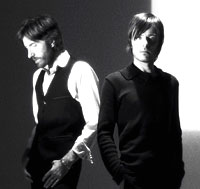 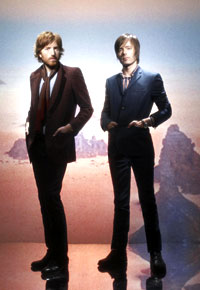 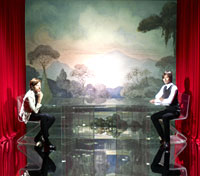 Air was founded in 1986 by former architectural student Nicolas Godin and onetime math student Jean-Benoit Dunckel. Both previously played in the rock band Orange alongside House star Alex Gopher. Air took a somewhat softer approach to music. With Godin on guitar and vocals and Dunckel on drums and vocals, their sound was somewhat akin to that of Pink Floyd in the 1970s.

According to Dunckel, the name Air is an acronym for amour, imagination and reve (love, imagination and dream). Dreaminess is an aesthetic which runs through Air’s music. They flirt with artificial beats, whining guitar solos, romantic synthesizer thrusts, and elegant swabs of Wurlitzer piano. Air wanders lustily between threatening and the aroma of fruit, between feedback screeches and undisguised harmony.

Air scored a global breakthrough in 1998 with their album “Moon Safari”. It was a time of dance floors and hip clubs. Their true masterpieces – “10,000 Hz Legend,” “Talkie Walkie,” and “Pocket Symphony” appeared later. The latest opus from Air –“Love 2” – is also inspiring. Behind the soft impression of these sounds there are hidden deep thoughts about the nature of being. Some may be critical about Air’s soft sounds, but experts know: titillation is the most intense kind of hardcore!