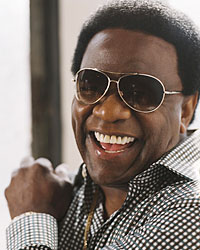 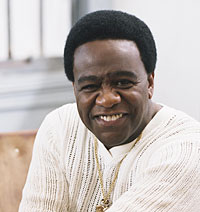 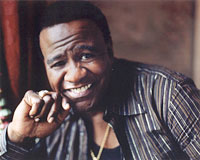 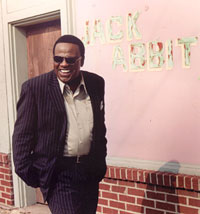 Al Green was born in 1946 in Arkansas and is considered to be one of the greats from the golden era of Soul. His roots are in Gospel music, and his musical mentors were Sam Cooke and Jackie Wilson. His encounter with producer Willie Mitchell led to his incomparable and sensitive trademark sound. Self-composed hits such as “I’m So Tired of Being Alone”(1971), “Let’s Stay Together”(1971), “Love & Happiness” (1972), “Simply Beautiful” (1972), and “Take Me to the River” (1974) established Green as a musical force to be reckoned with.

Despite a successful career, the end of the 1970s found Al Green searching for something higher. He studied theology and trained to become a clergyman, bought the Gospel Tabernacle Church in Memphis, and retired from the music business. In 2003 he launched a triumphal comeback. Reunited with his former producer Willie Mitchell (who died earlier this year), Green recorded “I Can’t Stop” and “Everything’s O.K.”, two landmark albums which achieved worldwide success.

His latest superb album, “Lay It Down” (2008), puts him among his younger fans from Hip-Hop and Neo-Soul. The producer was Ahmir “Questlove” Thompson, the drummer from The Roots. His duet partners included John Legend, Anthony Hamilton and Corinne Bailey Rae. It will be Al Green’s first appearance in Vienna since a sensational show he performed at the 1994 Jazz Fest.