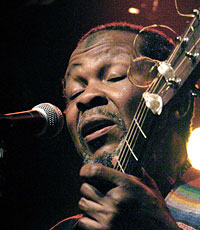 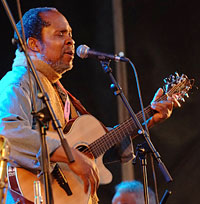 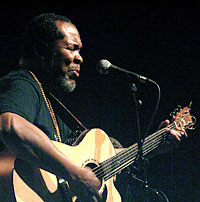 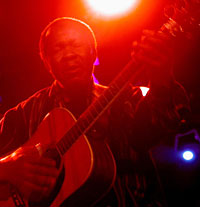 This singer, guitarist and song-writer made his recording debut in 1965 as a folk artist on the Prestige Jazz label. In the early 1970s he recorded three of his masterpieces for the label Cadet Concept, but sales were uninspiring and he soon moved on the Elektra label where he recorded another pair of excellent albums with Minnie Riperton and Eddie Harris. Callier soon left music to work in the computer field. In 1990, Eddie Piller, the founder of the Acid Jazz label, convinced Callier to record a new version of “I Don’t Wanna See Myself (Without You)”.

From there on it almost sounds like a fairy tale. The track became a dance-floor hit. Callier compilations were released. Japanese deluxe re-issues flew off the shelves. A series of triumphant concerts at the Jazz Café’ in London soon followed after which DJs Gilles Peterson and Russ Dewbury convinced Terry to record a new album. With new albums such as “Timepiece” (which featured Pharoah Sanders) and “Lookin’ Out”, Terry Callier has successfully and elegantly interwoven Jazz, Rhythm & Blues and Folk. More recently, he has recorded an electronically-flavoured and critically-acclaimed album with Robert Del Naja from Massive Attack. 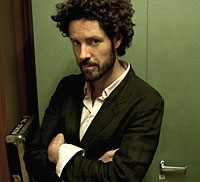 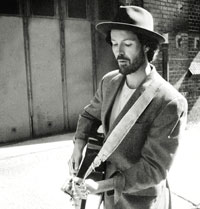 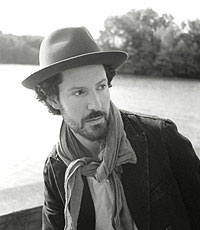 Max Herre was born in Stuttgart in 1973 and is one of Germany’s most versatile musicians. At the age of 15 he started his first band, Seedless Jam. He was soon experimenting with Hip-Hop and with two friends founded the group Freundeskreis, which established his legend. In 1997, Freundeskreis joined Four Music, the label founded by the Fantastischen Vier. Frendeskreis’ commercial breakthrough came with their hit song, “A-N-N-A”. Their 1999 album “Esperanto” sold over 300,000 copies.

At the height of his popularity, Herre backed away from the limelight. The developed the concept of the FK Allstars, a project which allowed artists such as Gentleman, Joy Denalane, afrob and Sekou to perform at Germany’s biggest festivals. In 2002, he produced “Mamani”, which some consider to be the first German Soul album.

In 2004, Herre launched a solo career. The singer-songwriter’s most recent release, “Ein geschenkter Tag”, presents a more mature Herre whose songs are tinged with both melancholy and humour.