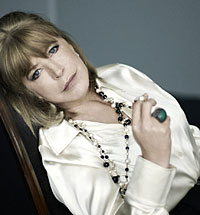 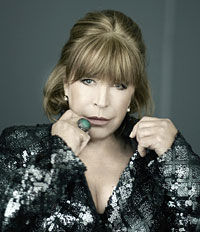 Marianne Faithfull, a British pop icon, with Austrian roots was known as a pretty pal of the Rolling Stones until 1964 when she recorded the Jagger/Richards number “ As Tears Go By” when she herself ascended pop Olympus.

Her latest opus is “Horses and High Heels” on which she performs with, among others, Doug Pettibone. As with many of her albums, this one was also produced by Hal Wilner and was recorded in New Orleans. Bassist George Porter Jr. lays down some heavy tunes and a cover version of Allen Toussaint’s “Back in Baby’s Arms” features Lou Reed on guitar. This is another masterpiece, which follows nicely on her last release “Easy Come, Easy Go” in 2009. Both are fine works in the traditions of other classic Faithfull recordings such as “Broken English” (1979) and “Strange Weather” (1987). Marianne Faithfull has also been successful as an actress. She won rave reviews for her portrayal of a unique kind of sex worker in the 2007 film “Irina Palm”. 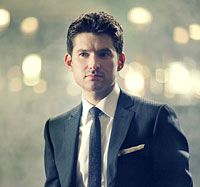 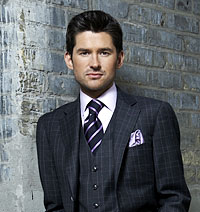 Matt Dusk is a 32-year old crooner from Toronto, whose talents go far beyond vocalizing champagne-tinged tunes. With his signature well-tailored suits, Matt Dusk is a fully paid-up member of jazz’s younger generation.

The first four of his five albums concentrated on The Great American Soundbook. His most recent release, “Good News”, was dedicated to more contemporary sounds and hit number one on numerous European jazz charts. Whatever the style, Matt Dusk’s phrasing expresses a dynamic verve. He is also an accomplished pianist who attended a master’s class taught by the immortal Oscar Peterson. On the keyboard, Matt Dusk combines his musical talents with humour and entertaining wisecracks.