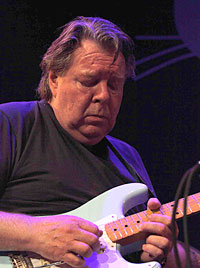 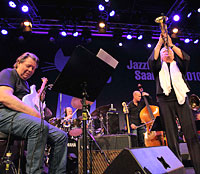 Terje Rypdal has been an inspiration to those guitarists aspiring to crave out their own unique musical style. The Norwegian has himself been inspired by the likes of his teacher George Russell, John Coltrane and György Ligeti.

Rypdal began playing the piano at the age of five, turned to the trumpet at eight, and switched to the guitar at the age of 12. It was in the rock and blues group Dream that he met Jan Garbarek whose band he joined in 1969.

Terje Rypdal has led his own group since 1971. Solo albums on the ECM label such as “After the Rain” have cemented his reputation as a master of melancholy, as has his work with both small ensembles and orchestras.

In Vienna he will be performing with trumpeter Palle Mikkelborg as well as with his son Marius Rypdal, whose laptop electronics will lend the concert a very special accent.