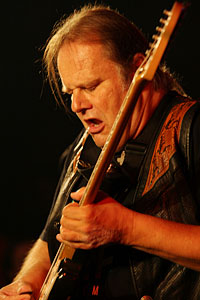 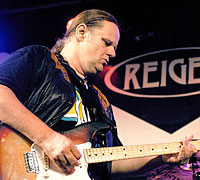 Trout is said to be one of the best guitarists ever – He played in the band of legendary blues musician John Lee Hooker, and is often mentioned in the same breath as Eric Clapton or Jimi Hendrix. His music is a successful synthesis between blues and rock.