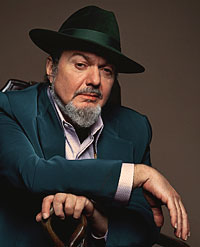 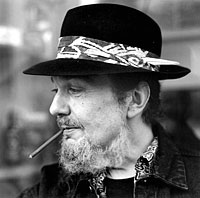 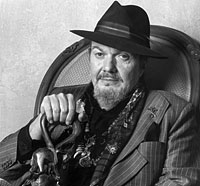 Dr. John, in the music business for 50 years, is a restless performer. He was brilliant on Gregg Allman’s blues album “Low Country Blues” and went immediately on to record “Tribal”, one of the most beautiful albums of his career. At the beginning of the album, the doctor laid it all out: “Call me Doc, your medicine man, I got a cure in the palm of my hand, feelgood music, doctorate your bones….”

For healing purposes, the man born in 1940 as John Rebenack in New Oreleans, this musical master looks often to voodoo. Sounds associated with Dr. John – swamp rock, funk, Mardi Gras Indian chants – all find their way on to his latest opus.

He started his career as a guitarist, but eventually switched to piano, and worked with greats such as Jerry Wexler, Allen Toussaint, Doc Pomus, The Meters, and Van Morrison. Today his voice sounds more smoky than on his early masterpieces from the 1970s such as “Sun, Moon and The Herb”, “Gris, Gris” and “Destively Bonaroo”. Which are good reasons to come out and see him (again) in Vienna. 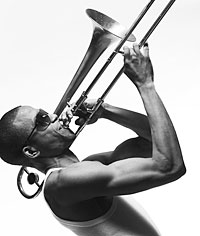 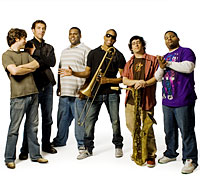 Troy “Trombone Shorty” Andrews has New Oreleans musical roots in his DNA. His grandfather was Jessie Hill, a legendary songwriter and singer. He wrote the hit “Ooh Poo Pah Doo” and wrote songs for stars such as Ike & Tina Turner, Sonny & Cher and Willie Nelson. Troy Andrews began playing a musical instrument at the age of 4, impressing among others and the time, Wynton Marsalis and Bono.

Born in 1986, he was a member of the brass section for Lenny Kravitz’s band, and last year released his debut album on a major label. The album, “Backatown”, soon climbed to the top of the US jazz charts, where it stayed for nine weeks. Trombone Shorty’s musical gumbo also includes spicy elements of funk and hip-hop. His musical guests include Allen Toussaint, Lenny Kravitz and Marc Broussard. Trombone Shorty is emblematic for a young generation of New Orleans musicians who celebrate tradition with new musical angles.