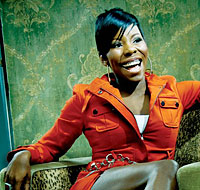 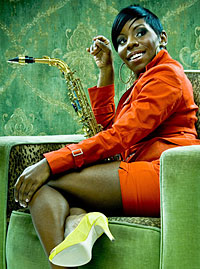 As a musician Tia Fuller wears two distinct hats: she plays a hot R n’ B saxophone in the band of Beyonce’, and she leads her own quartet of creative jazz artists.

Growing up in a musical family, she was introduced to jazz recordings at a young age, including those of John Coltrane, Charlie Parker and Sarah Vaughn. As a young musician, she went on to perform with such masters as Ray Charles, Jon Faddis and Nancy Wilson. Tia Fuller’s full and crisp sound can be heard on three albums, the latest being “Decisive Steps”, released in 2010.