Lee Konitz suffered a heart attack last week in Sidney. He has meanwhile left intensive care, but is still in hospital. His doctors have strongly recommended against any travel for all of July, so we are very sorry having to announce the cancellation of his appearance at Jazz Fest Wien. 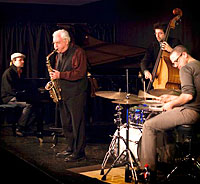 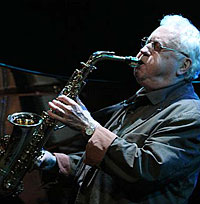 Born in Chicago in 1927, Lee Konitz is an alto saxophone legend, who has been a key influence on the European cool jazz generation. Most of his breakthrough albums were performed in duets with other legends such as Jimmy Giuffre, Jim Hall, Zoot Sims, and Michel Petrucciani. His most important recordings include “Very Cool”, “Inside Hi-Fi”, and “Lone Lee”.

For the past four years he has led the Lee Konitz Quartet, the first regular formation in his long career. Their album “Live at the Village Vanguard” has been praised by critics around the globe.