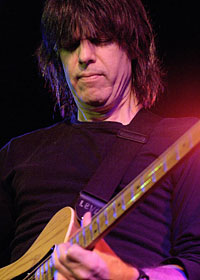 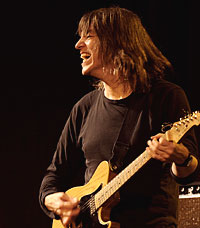 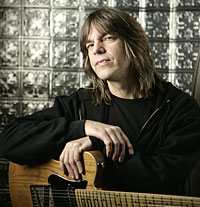 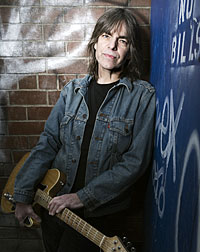 Mike Stern is one of those rare musicians who can master various styles. Raised on the Beatles, and influenced by guitar heroes such as Jimi Hendrix, B.B. King and Eric Clapton, Mike Stern turned to jazz after hearing the music of John Coltrane, McCoy Tyner and Bill Evans. Stern has since become a virtuoso between musical idioms. His range can go from very loud to the lyrical introspective of a Wes Montgomery or a Jim Hall.

Stern is at home musically be it funk, chamber music jazz, rock, funk or simple straight-ahead jazz. Over the years he has played with Blood, Sweat & Tears, Billy Cobham, Jaco Pastorius and saxophone aces Michael Brecker and Joe Henderson.

In the early 1980s he appeared on three albums by Miles Davis. Stern enjoys playing with friends and fellow guitarists John Scofield and Bill Frisell, as well as with mentors like Jim Hall and Martino. For his Vienna gig, Mike Stern will be on stage with the famous drummer Dave Weckl, bassist Anthony Jackson and French violinist Didier Lockwood.