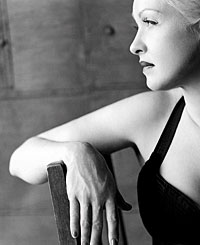 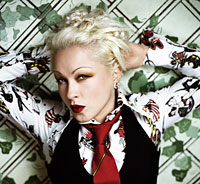 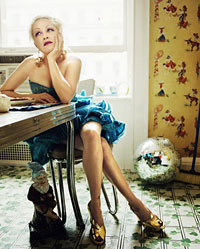 Best known as a pop star, Cyndi Lauper has gotten the blues in a big way. Her latest recording is called “Memphis Blues” and on it the singer teams up with the legendary B.B. King, Charlie Musselwhite, Allen Toussaint, Jonny Lang, to perform compositions originally created by blues icons such as Robert Johnson and Albert King.

Standout numbers include the organ-driven “Romance in the Dark” originally sung by Big Bill Broonzy and “Don’t Cry No More”, the latter having been a hit for Bobby “Blue” Bland. Another highlight is Cyndi Lauper’s duet with soul singer Ann Peebles on the Muddy Waters classic “Rollin’ and Tumblin’”.

During her concert in Vienna Cyndi Lauper will perform the blues from her CD as well as the pop hits which made her famous: “Girls Just want to have Fun”, “She Bop”, “True Colors”, and the song which Miles Davis once so magnificently covered, “True Colors”.