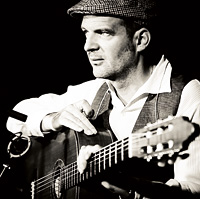 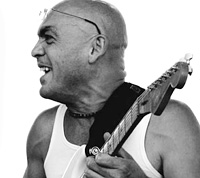 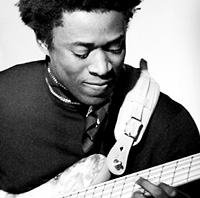 Vienna Naked is a series of songs which Wolfgang Muthspiel composed for his own voice and guitar. All of the lyrics are in English. The name of the project refers to the title song “Vienna”. “Naked” refers to the first-time act of singing, the pointed lyrics, as well as the transparency and pure tone of the recording. Muthspiel, who has established himself on the international jazz scene as an improvisational soloist, is entering new territory.

The poetic lyrics in his songs come alive by being framed by a masterful and impressive ensemble and are further lit up by Muthspiel’s singing, recorded here for the first time. Thus emerges a personal and poignant evening of concert-going.
Each composition creates its own unique atmosphere, some rock, some are ecstatic, others are poetic and minimalistic. Folk, country and rock influences also thread their way through the prism of Wolfgang Muthspiel’s musical language.

The album Vienna Naked will be released in June 2012 by material records. It is the first part of a larger project; the second part will be a musical global journey on which Wolfgang Muthspiel will perform with musical guests from around the world.