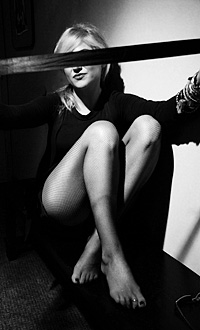 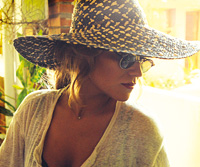 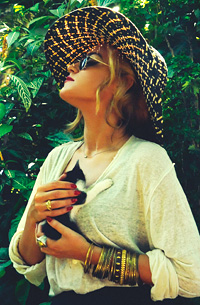 Following an extensive two-year world tour in support of her highly successful major label debut, My One and Only Thrill, Melody Gardot was restless and ready for new adventure. Setting out on her own, she continued her travels around the world meeting new people and experiencing new cultures. From the deserts of Morocco to the streets of Lisboa, from the tango bars of Buenos Aires to the beaches of Brazil, her new record, The Absence, captures the essence of each of these exotic locales, while at the same time remaining quintessentially Melody Gardot.

In the summer of 2010, Melody took a last minute trip to Marrakech. On an overnight trip to the desert, she had something of a revelation: “So many languages and so many cultures and yet I was taken by how similar the spirit of music is the world over.”

Melody’s next stop was Lisbon. Ensconced with her piano in a crumbling palazzo in the old city centre of Alfama, she threw herself into the indefinable Portuguese sentiment of loss and longing, saudade. Songs like the aptly titled “Lisboa” offer a glimpse of her stay there and the musical sounds of the streets – children playing, church bells, a singer on the corner. She learned the language, explored the fado clubs and immersed herself in songwriting.

From Lisbon, Buenos Aires beckoned. An avid tango dancer, she found herself in the historic San Telmo neighborhood, the sound of tango music literally filling the streets. Drawing from the dramatic rhythm and spirit of the tango she was inspired to write songs like “Goodbye” and the brooding “So We Meet Again My Heartache”. The exotic street culture of Buenos Aires provided a backdrop for delving further into the sentiment of saudade.

At last, Gardot was ready to see the sun and explore the music of Brazil. There she found just what she needed. The vibrant colour of the landscape, the smiles of the people and the passion of samba carried Gardot from the depths of longing and sadness. It was here that songs like “Mira” and “Yemanja” were born.

“A lot the stories on the record come from my experiences – but also from the observation of people, living with them, the sadness and joy that came about in little moments. It was really a mutual connection.”

“To experience love in a different way, to understand what love is in a community is to recognize how people really hold themselves together. It was a huge shift for me, it bought me close – especially in Brazil – to people who celebrate through music.”

Melody carried all of these experiences, knowledge and music with her back to the States where she met with producer, composer and guitarist, Heitor Pereira. “It was a beautiful connection,” she says of her meeting with Pereira. “I had reached the point of not knowing what to do. All the music, somehow through the course of those months spent travelling, had welled up inside me with no way to get out. I needed a partner – a collaborator, and a bit of genius in his own right. Someone crazy enough to understand how serious I am when I say, ‘I want to play palm leaves and a washboard’ – and make it work.”

Heitor Pereira, renowned for his work as a film composer (Despicable Me, Its Complicated, From Prada to Nada) and world-class session guitarist (Sting, Seal, Caetano Veloso), turned out to be the perfect partner for Melody. The Brazilian-born, US-based artist shared Melody’s enthusiasm for driving off the beaten path of Western pop, jazz, blues and soul. And he was as adventurous as Melody when it came to inventive sonic ideas.

The two worked together on songs like “Se Voce Me Ama” and “Amalia” which they co-wrote. Heitor plays guitar on the record and can be heard singing on “Se Voce Me Ama”. He also composed all the orchestral arrangements on the album. The all-star band is rounded out by John Leftwich (bass), Paulihno DaCosta (percussion), Jim Keltner and Peter Erskine (drums).

It took a year of travelling the world for Melody to find her inspiration for The Absence. It is a collection of many musical colours wrapped in the unique and expressive style that is Melody Gardot. As she embarks on another global tour to support her third album, it is time for us to share the music: the loss, the longing and finally the joy that she has discovered on her journey. 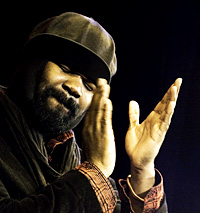 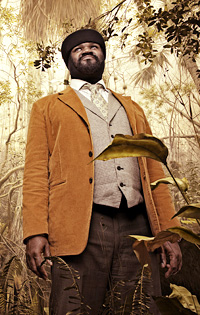 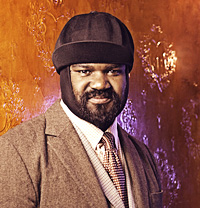 Two years ago, Gregory Porter broke onto the jazz vocalist scene, which is predominantly dominated by women today. Male jazz singers have become rare, so the joy among jazz fans was great when he brought out his debut album, “Water”, in 2010.

The follow-up album is called “Be Good” on which Porter himself wrote most of the songs. The exceptions are classics such as “Imitation of Life”, “God Bless the Child” and “Work Song”, all which Porter gives a new impetus to with his impressive baritone vocals. Last year, he recorded with the Italian jazz artist Nicola Conte.

Seen live on stage, Porter enchants audiences with moonlight serenades as well as with soul, funk or jazz. His songs, somewhat reminiscent of Donny Hathaway, reflect deep sensitivity and reflection towards life’s experiences.