Rufus Wainwright and his Band 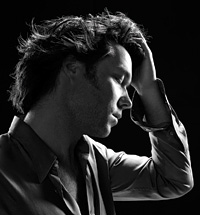 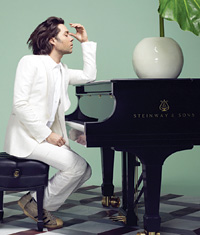 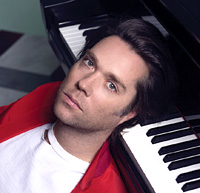 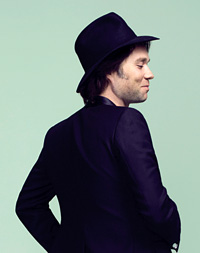 Affectionately referred to by Elton John as “the greatest songwriter on the planet” and praised by the New York Times for his “genuine originality,” Grammy nominee Rufus Wainwright has established himself as one of the great male vocalists and songwriters of his generation. He is the son of folk singers Loudon Wainwright III and Kate McGarrigle, and brother of Martha Wainwright, but Rufus has achieved his success by carving out his own singular sound in the worlds of rock, opera, theater, dance and film.

Wainwright has received Juno Awards for Best Alternative Album in 1999 and 2002 for Rufus Wainwright and Poses, respectively, and nominations for his albums Want Two (2005) and Release the Stars (2008). He was nominated for Songwriter of the Year in 2008 for his Release the Stars album. He also composed the original music for choreographer Stephen Petronio’s work BLOOM which has toured across the country.

In addition to Rufus’ musical pursuits, he has also made his mark onscreen. He has acted in Academy Award winner director Deny Arcand’s film, L’Age des Tenebres (2007), the Merchant Ivory film Heights (2005), and the major blockbuster The Aviator (2004) directed by Martin Scorsese. At age 14 he composed and sang a song in the film, Tommy Tricker and the Stamp Traveler, which earned him a nomination for a 1989 Genie Award.

Wainwright’s catalog includes eight albums and two DVDs to date, and he has appeared on numerous soundtracks and compilations, as well as collaborating with artists like Elton John, David Byrne, Rosanne Cash and Keane. His latest recording, All Days Are Nights: Songs For Lulu, was released in April 2010 to critical success with People Magazine dubbing the album Critic’s Choice noting Wainwright “brings the album to a beautifully intimate level with just voice, piano and some deeply personal lyrics. Bravo.” And Billboard Magazine thought Rufus’ “solo piano accompaniment highlights his extremely adaptable voice…a single piano is all that’s needed to show off his immense vocal talent.”

Rufus’ other recent successes include two live recordings (from his Release The Stars tour titled, Milwaukee At Last!!! and Rufus Does Judy at Carnegie Hall, nominated for a Grammy and released concurrently with a live DVD, Rufus! Rufus! Rufus! Does Judy! Judy! Judy! which captured his celebrated Judy Garland tribute performance at the London Palladium in 2007), and the album Release The Stars which went Gold in Canada and the U.K. A career spanning box set, House of Rufus, was released in July and Rufus is currently putting the finishing touches on a pop record produced by Mark Ronson titled Out Of The Game, out internationally April 23rd 2012 and stateside May 8th 2012.

He has composed the music and 11 original songs for a theatrical adaptation of Shakespeare’s Sonnets with noted Director Robert Wilson at the Berliner Ensemble, which premiered in April of 2009 and continues to play to sold-out houses and traveled to various festivals internationally. Rufus was commissioned to orchestrate 5 of these songs to a large orchestral song cycle which premiered with the San Francisco Symphony Orchestra in November 2010.

Wainwright’s much acclaimed first opera, titled Prima Donna, premiered at the Manchester International Festival in July 2009. The opera made its London debut at Sadler’s Wells in April 2010, and its North American debut in Toronto at the Luminato Festival in June 2010. Excerpts have been performed with the Oregon Symphony for The Portland Institute for Contemporary Art’s Time-Based Art Festival in August 2010 as well as at the Royal Opera House in London in July (during an unprecedented five night run). The work recently received a 2011 Dora Award for Outstanding New Musical/Opera and will make its long-awaited US debut in February 2012 at the Brooklyn Academy of Music’s Howard Gilman Opera House.