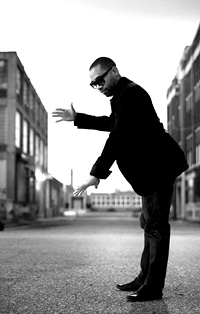 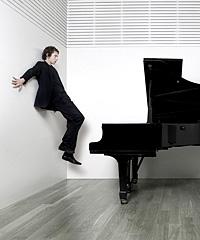 Electr.Oper is the first event showcasing electronic music in this style in the Vienna State Opera. Some of the genre’s most influential artists are set to perform in the greatest Opera house in the world. Never before has the Vienna State Opera opened its doors for such a modern – day performance and audience.

Since an opera is more than just a “concert”, equal focus and attention must be given to the visual aspect of the show. This will be achieved by the use of “3D Mapping”. 3D mapping is a production technology, which superimposes the projected images on real objects. In addition, specially designed props help display the projections and provide contrast to the majestic viewing area and “Logen”. The result is an audiovisual live performance consisting of music, projections, lights, and lasers.

When the three pioneers come together in the Vienna State Opera on the 7. 7, Detroit Techno and Classical Music will converge on the Opera stage. Their previous concerts at well-known venues have always succeeded in getting the crowd into a frenzy. The Vienna State extends it’s classic, cultural adult audience with a younger more contemporary one, that is on the lookout for new ideas, more inspiration and musicianship in the field of electronic music. The visual presentation of the concert will transpose space and time for one night, in which the city of Vienna has never seen before.

Set up by DJ and City Rockers A&R man Damian Lazarus, Crosstown Rebels is an organization that loves quality alternative sounds, adores a great party and thrives on creative, young people armed with something new to say.

The Vienna based collective Neon Golden was founded in 2005 as a platform for experimentation in the field of visual arts. The focus lied within digital art in a nightclub context. A broad field which was explored via interactive software tools and custom generated content. Within a short time the collective expanded from the 3 founding members, into what is now an organisation of 15 people. The projects also rapidly increased in scale and soon the crew found themselves generating content for some of Europe biggest festivals such as „Urban Art Forms“ in Austria and „Sonnemondsterne“ in Germany.

2010 and 2011 saw Neongolden responsible for the stage design of Urban Art Forms, as well as projects for Levis, Heineken, and Adidas. Some more highlights include live performances at „Marquee“ nightclub in Las Vegas during CES 2011 and in Cannes‘ „Vip Room“. Their curiosity is still not satisfied and new challenges are always highly sought after (projection mapping, led, multi-channel, light, and laser), with the goal of creating one of a kind experiences.