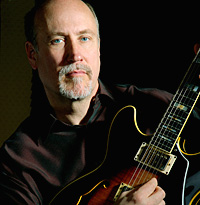 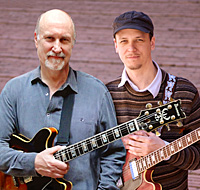 John Scofield is a laid-back sort of artist. With humour, mindfulness and an unbroken sense of adventure, he is consistenly exploring new musical terrain.

He has been a sideman for greats such as Miles Davis, Chick Corea and Charles Mingus. As a band leader he has created his own unique sound which combines funk, rock and jazz.

At this year’s Vienna Jazz Fest he’ll be performing with the Hollowbody Band. The group includes guitarist Kurt Rosenwinkel, bassist Ben Street, and drummer Bill Stewart. Fans are already looking forward to the interplay between Scofield and Rosenwinkel, two masters of improvisation. 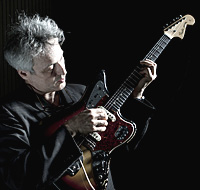 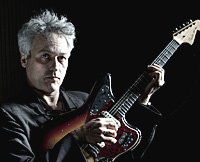 Born in 1954, Marc Ribot is a gifted guitar magician who straddles jazz, son and noise. Ribot’s electric guitar is scratchily subtle and melodic. It does not matter if it is blues, jazz, soul or son, a Ribot treatment is truly unique.

His talents have been used by other artists ranging from Tom Waits to Elton John. Ribot’s own formations such as The Young Philadelphians or the excellent Los Cubanos Postizos have all been described as being somewhat way-out.