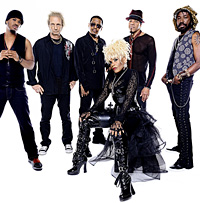 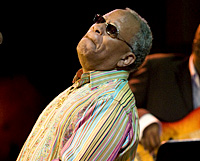 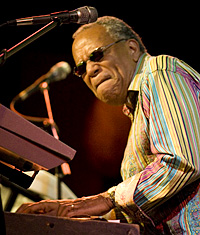 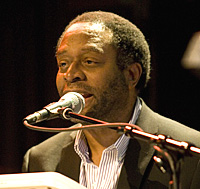 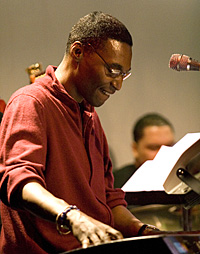 This is definitely an all star line up. Three generations of Jazz-funk keyboards from Lonnie Liston Smith, Brian Jackson and Mark Adams together in a legendary set of prime funk with nonetheless than “MacDiva” herself Sandra St. Victor on vocals. They will perform individually and then collectively slashing out an hour and a half of super funk and soul. Don’t expect anything less than a hit after timeless hit, from “Expansions” to “The Bottle”, from “Everybody Loves The Sunshine” to “Ghetto Heaven”.

LONNIE LISTON SMITH
Lonnie Liston Smith is an american jazz, soul and funk musician who played with important free jazz artists such as Pharoah Sanders and Miles Davis before forming Lonnie Liston Smith and The Cosmic Echoes, recording a number of albums widelyy regarded as classics in the fusion, smooth jazz and acid jazz genres.

BRIAN JACKSON
Brian Jackson is a keyboardist, flautist, singer, composer and producer. From Strata East to Kanye West, from straight-ahead jazz to straight-out funk, Brian Jackson is a true American legend. Listen to the more than a dozen albums he co-wrote and produced with long time partner Gil Scott-Heron and you are bound to have many ‘where have I heard that before?’ moments. That’s because so many of his licks and riffs have been sampled – and continue to be sampled by – hip-hop aristocracy. His musical vision was decades ahead of its time.
A master of the keyboard, Brian’s style is instantly recognizable. Yet, listen to him sing and you’ll wonder why it took him so long to let the world hear his voice. “I had to let the soul ripen it,” he simply states.

MARK ADAMS
Mark Adams is a worldly soul jazz pianist who is proving to be the premiere jazz pianist of his generation. Mr Adams extensive career has allowed him to work with such jazz greats as Roy Ayers, Ron Carter, Ronnie Laws, Hugh Masekela, Bobbie Humphrey, just to name a few.