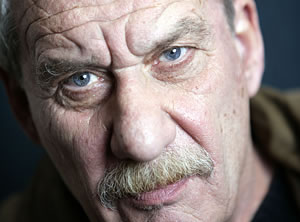 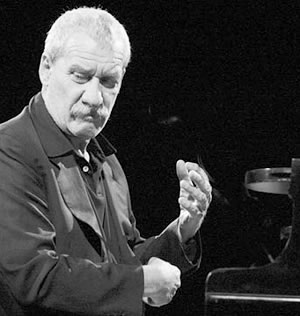 Behind the weathered face of this 76-year old from the mountains of the Piemont there is a poetic genius who can conjure the long-ago past as well as visions of the future. Trained as a lawyer, Conte dominates the stage like a European Tom Waits.

His songs often focus on contrasts: the bizarre alongside the intellectual, the folksy alongside a more defiant attitude. His instrumentals are also a portait in contrasts: sometimes an orchestra dominates, other times ist a lone piano, violin, or even kazoo. (Early in his musical career Conte used a kazoo to simulate an orchestra.) His art is a commentary on the detritus of our civilisation.