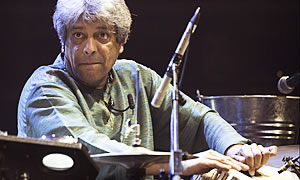 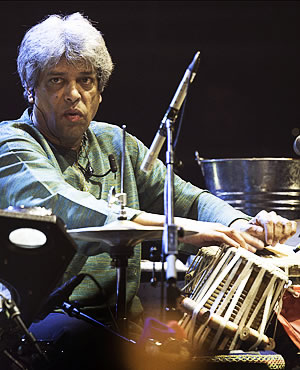 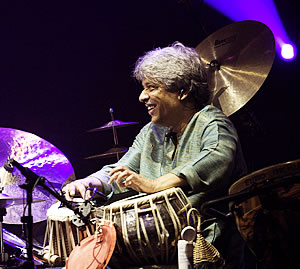 Trilok Gurtu, who was born in Bombay in 1951 has long been an internationally-acclaimed master percussionist who straddles World Music, Pop, Classical and Jazz.

Over his career he has performed with music greats such as Don Cherry, John McLaughlin, Bill Laswell and jan Garbarek. Coinciding with his appearance at the Vienna Jazz Fest, Gurtu will be presenting his latest solo album, “Spellbound“.