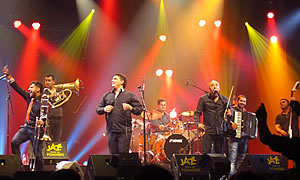 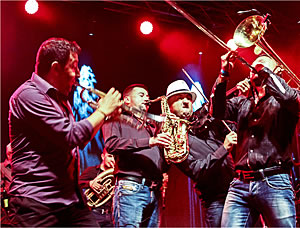 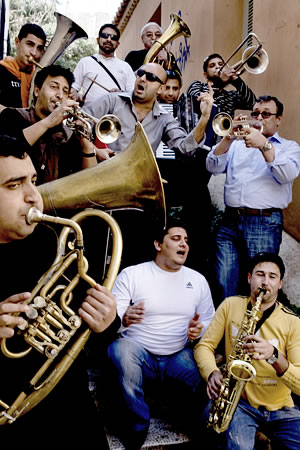 Balkan sounds remain popular thanks to fast-paced combos such as the Mahala Rai Banda from Bucharest. Their musical center is built on violins and accordions accompanied by brass-playing army veterans.

A party atmosphere is a given when these ready-made musical heroes take the stage. They have previously worked with Shantel and contributed music to the US film comedy “Borat”.