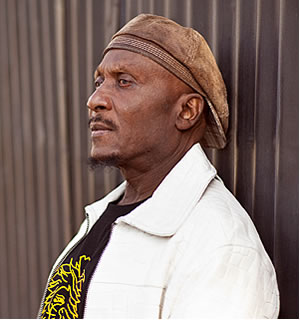 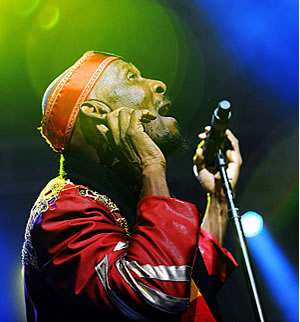 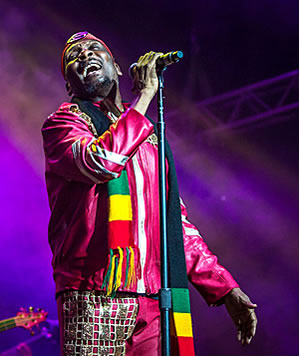 Reggae icon Jimmy Cliff was born in Jamaica in 1948 and went to the UK in 1964. His breakthrough came in 1969 with the hits “Wonderful World, Beautiful People” and “Vietnam”.

The 1972 film “The harder They Come” made him globally famous. In the film, he acted in an autobiographical role. He also was responsible for the soundtrack and classics such as “You Can Get It If you Really want It” and the ballad “Many Rivers To Cross”. Cliff’s latest album is “The KCRW Sessions”. 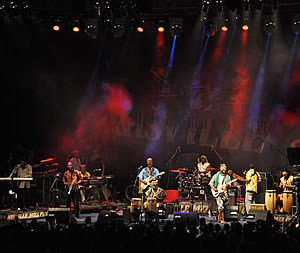 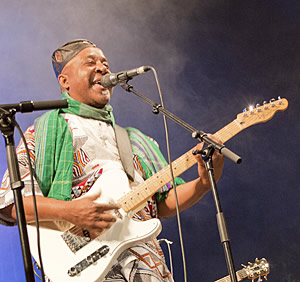 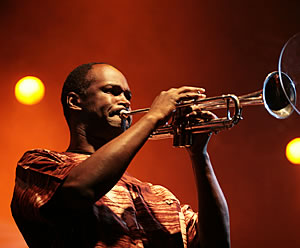 Osibisa define their highly-charged mix of rock, jazz, funk, pop and African rhythms as “Criss-cross rhythms that explode with happiness”.

A native of Ghana, saxophonist and flutist Teddy Osei founded the band in London in 1969. In its early years the band was managed by the famous producer Tony Visconti.

The band takes its name from the Osibisaba rhythms of southwest Ghana. From 1975 on, Osibisa entered the pop mainstream with “Sunny Day”, the cover version of “Pata Pata” and the novelty track “Coffee Song”. 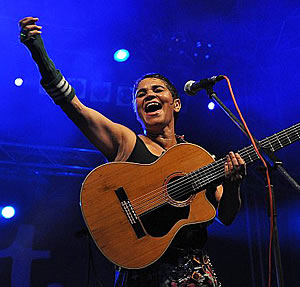 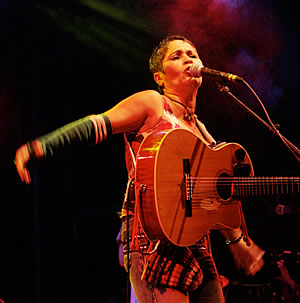 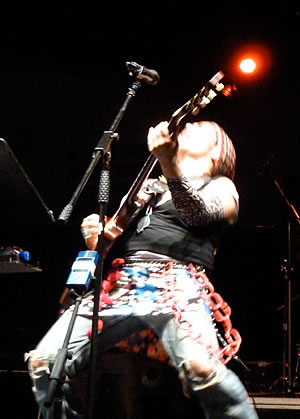 Like her Brazilian compatriots, Celia Mara mixes the music of rural Brazil with the urban sounds of a Gilberto Gil and a Caetano Veloso. At 18 she moved from her hometown to Belo Horizonte, a hub of Brazilian music, where she launched her career.

In 1990 she went to Switzerland, and in 1996 she moved to Vienna. Her music cannot be pigeonholed. It’s hot and cool, real Brazilian and modern dance floor. Always stunning, always original.