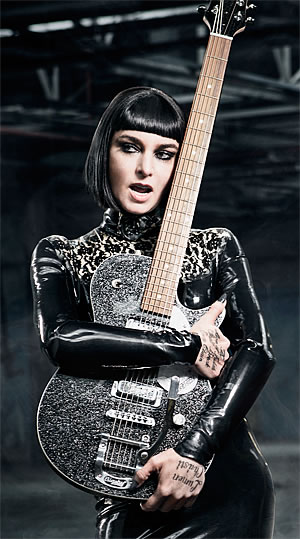 Sinead O’Connor was born in Ireland in 1966. Her provocative nature has been fueled by the grim circumstances she grew up in. She has scored global hits such as “Nothing Compares 2 U”, but has also drawn attention for rejecting Grammy Awards and for her attacks on the Catholic Church.

A mother of four, she has often withdrawn from the public eye only to later make stunning comebacks to the stage. She has also scored critical acclaim and success for superb folk songs such as “Sean-No’s Nua” and with the reggae album “Throw Down Your Arms”.

Her most recent opus, “How About I Be Me (And You Be You)”, has her innocently singing about love and romance.