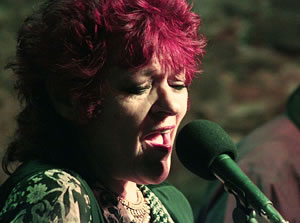 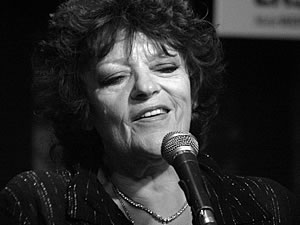 Dana Gillespie was born in the UK and experienced the Swingin‘ Sixties up close. She recorded her first record at the age of 15 and later sang for Jimmy Page and David Bowie. Bowie and Mick Ronson co-produced her album “Weren’t Born a Man”.

Dana Gillespie also played Mary Magdalene in the musical “Jesus Christ Superstar”. She has also appeared in numerous films such as “Mahler” (1974). In the 1980s she performed with Austria’s Mojo Blues Band.

She has performed alongside pianist Joachim Palden for many years. Since 1989, they have collectively celebrated the multiple facets of the blues.