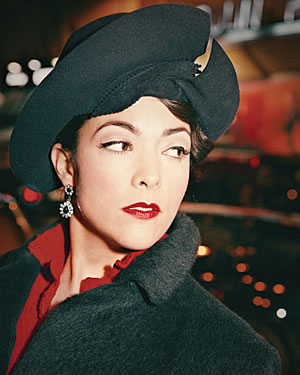 Caro Emerald was born in 1981 as Caroline Esmeralda Van Der Leeuw in Amsterdam. Her debut album, “Deleted Scenes From The Cutting Room Floor”, was released in 2010 and featured a mix of Hollywood mambo, groove jazz, swing and tango.

Her hit “A Night Like This” went to the top of the charts in Austria. Her next album is called “The Shocking Miss Emerald” and is anticipated to be an even bigger international hit.