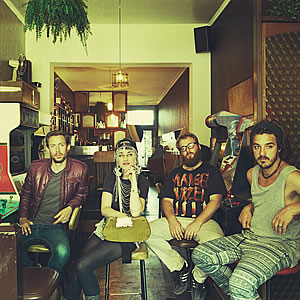 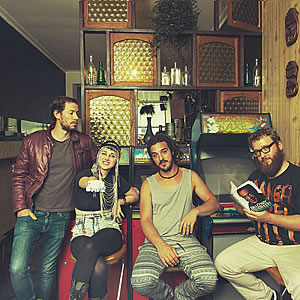 Hiatus Kaiyote is a neo-soul group founded in Melbourne, Australia, in 2011. Singer, guitarist and pianist Nai Palm is the attractive front woman of this sophisticated formation.

Her singing style is a combination of sensual sweetness and fragility. Her debut album “Tawk Tomahawk“ came out in 2012. Her team-up with the rapper Q-Tip on the song “Nakamarra“ led, in 2013, to her becoming the first Australian to
be nominated for a Grammy in the R&B category.

The second, current release of this eccentric outfit comes out this year and is called “Choose Your Weapon“.