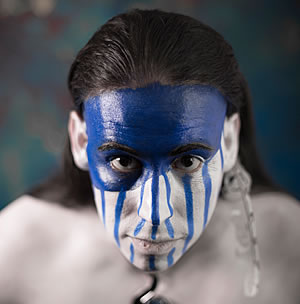 Juan García-Herreros is a Colombian born, world-renowned Electric Bass Player – one of the world’s TOP 10 according to NY’s Bass Musician Magazine.

Snow Owl has performed with numerous world famous stars of all genres and has been nominated for the Latin GRAMMY Award 2014 in the category of “Best Latin Jazz Album” as the first Bass Player ever in history! His work and virtuosity with the Contrabass Guitar has been received with the highest recognition from international Bass and Music publications.

On July 3rd he will present his new album “The Blue Road” accompanied by an ensemble of international worldclass musicians and at the same time celebrate his 10th anniversary in his new home town of Vienna.

“Snow Owl has been endowed with the infinite beauty of Colombian rhythms even as he bends and stretches these and melding them with the swirling and swaggering Afro-Caribbean rhythms, and further, with the exciting elasticity of jazz. Mr. García-Herreros’ music has a leaping quality to it; not unlike a gazelle, intoxicated with the smell of spring rain. He does not give the impression of being in a hurry himself, but rather lays the foundation for enriching the complexity of the music.” – Raul Da Gama (Latin Jazz Network) 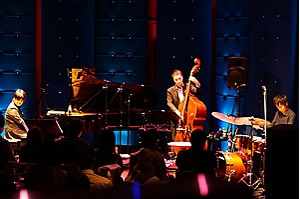 This band was formed by the leader pianist, Yusuke Kono, bassist Ryoichi Zakota and drummer Shinnosuke Kinoshita in December 2014.

Their first album “For Woodsiders/Yusuke Kono Piano Trio” was released in Jan 2015. Right after the first album they recorded a second one called “I love you, I know” in July, 2015 which was released by Disk Union (Japanese Major CD Store).

At the same time they have participated in one of the biggest Jazz competitions in Japan (SAPPORO CITY JAZZ PARK JAZZ LIVE CONTEST 2015) and awarded Grand Prix.

Today the members are individually playing at a variety of occasions all over Japan, but as Yusuke Kono Piano Trio – which is the major part of their musical career – they will play at Montreux Jazz Festival in Switzerland and also at Jazz Fest Wien in Austria in coming June 2016. They are certainly one of the energetic / “new-star” Jazz players in Japan right now.