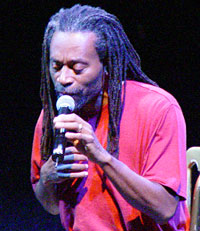 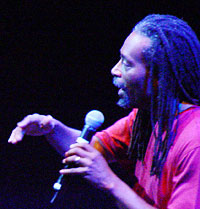 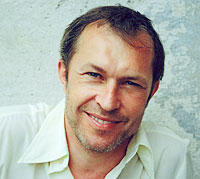 This 59-year old American artist is versatility personified: a piano master, a vocal acrobat, and a conductor. He is a musical chameleon who can elegantly glide between classical, jazz and R&B. After years of working as a sideman for stars such as Herbie Hancock, Wynton Marsalis and Grover Washington, this charismatic performer came up with the idea of singing solo.

The turning point was his 1988 album “Simple Pleasures” which included the worldwide hit “Don’t Worry, Be Happy”. After this he could have easily rested on his laurels, but instead he plunged into the world of classical music, conducted large orchestras, recorded a Mozart album with Chick Corea, and recorded an interesting collection of Bach and Faure’ compositions (“Paper Music”) using his voice as a musical instrument. He also worked with the New York Philharmonic, the Chicago Symphony Orchestra, and the London Philharmonic.

A Bobby McFerrin concert is always a unique experience. Many an attendee have found themselves performing with the man himself on stage. Now the Grammy-winner is coming back to Vienna with his latest project, “VOCAbuLarieS”, which includes 25 other musicians, and which is sure to be an evening those in the audience will not soon forget.