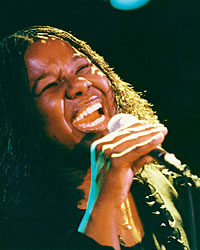 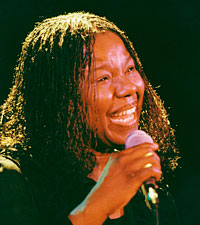 This R&B and Soul vocalist is best known for her sensitive ballads, which often develop into optimistic anthems such as the Crusaders “Street Life“. Her teaming up with the Crusaders in 1978 followed earlier work with Bootsy Collins, Quincy Jones, and Cannonball Adderly.

The 48 year singer’s other bittersweet ballads include “Almaz”, “One Day I’ll Fly Away”, and the grooving hit “You Might Need Somebody”. A multitalented vocalist who can evoke romance, rebellion and regret. Listening to her music again people will realize why this is so. 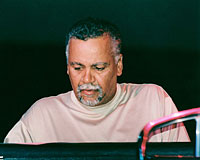 Joe Sample and his high school friends in Houston, Texas, formed a band called the Swingsters. Following success in Houston, they moved to Los Angeles where they became the Nighthawks. In 1972, they became the Jazz Crusaders, which was soon shortened to just The Crusaders, which won a wide following with their mixture of Jazz, Funk, Gospel and R&B, which culminated in their biggest hit “Street Life” sung by vocalist Randy Crawford. His musical collaborators over the years have also included B.B. King, Al Jarreau, Tina Turner, Marvin Gaye and Joe Cocker.
After many years, Joe Sample is once again performing with Randy Crawford.