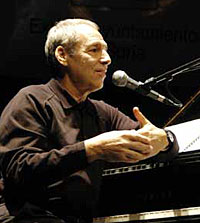 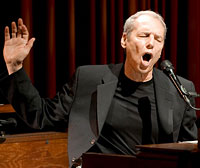 Ben Sidran, who was born in Chicago in 1943, is a versatile pianist, singer/songwriter, TV presenter and writer on musical subjects. Before earning a pair of doctorates, he performed in his youth alongside Steve Miller and Boz Scaggs.

He was also a co-writer of Steve Miller’s hit song “Space Cowboy” and made a name for himself in the 1970s with suberb albums such as “Feel Your Groove” and “Puttin’ in Time on Planet Earth”. His book “Black Talk” was a bestseller. Most recently, he recorded a widely-praised jazz tribute called “Dylan Different”. Bob Dylan’s cryptic lyrics have never been so clear.