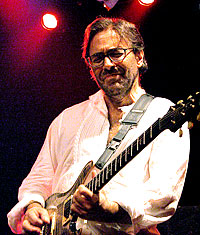 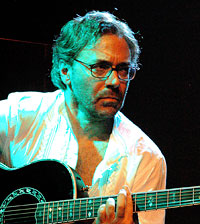 The guitarist, born in 1954, had his initial jazz experience when he heard Chick Corea play in the band of Miles Davis. The New Jersey native applied to Chick Corea’s band at the age of 19. One year later he was a member of Corea’s legendary band Return to Forever, which made him globally famous among jazz fans.

His musical influences are broad. They range from John Coltrane to fellow guitarists Tal Farlow, Kenny Burrell and Larry Coryell, to folk music from Latin America. He was won a following with solo albums such as “Elegant Gypsy” and “Casino”.

In addition to jazz-rock, he has also immersed himself in the musical traditions of Argentina and Brazil. His style today is relaxed as can be heard on his most recent album “Pursuit of Radical Rhapsody”. 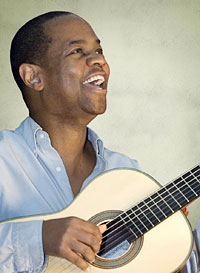 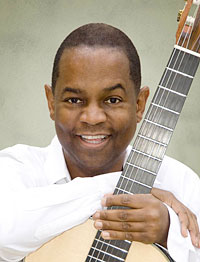 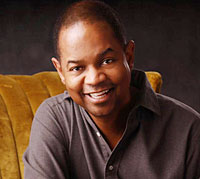 GRAMMY®-winning guitar virtuoso Earl Klugh has recorded over 30 albums in his multi-million-selling career including 23 Top 10 charting records – 5 of them No. 1 – on Billboard’s Jazz Album chart. Klugh is both a GRAMMY®-winner and Edison Music Award-winner among many accolades and has garnered 12 career Grammy nominations, the latest in 2009 for The Spice of Life. Klugh’s previous Grammy nod honored his solo release, Naked Guitar, from which he interprets standards and pop classics such as The Night Has a Thousand Eyes, I Want to Hold Your Hand and Moon River.

Klugh’s studio debut came in 1969 on Yusef Lateef’s Suite 16. He then recorded on George Benson’s White Rabbit album, later touring with Benson and Chick Corea’s Return to Forever before launching his solo career in 1976 on Blue Note records. With over 30 solo albums, legendary collaborative albums with George Benson (Collaboration) and Bob James (One On One, Two of a Kind, Cool), and numerous world tours, Klugh continues to perform with his band, quartet, world-renowned symphonies and as a soloist. Klugh is looking forward to his upcoming solo concert at the Vienna State Opera House.

No single approach to playing the guitar pushes its limits more than fingerstyle, where the greatest potential of the instrument is realized. No overdubs, no tricks, no effects, no net. Klugh’s solo performance is at once complex and warm, overwhelming and inviting, memorable and original, and it is, in every sense, uniquely Earl Klugh. His long-time fans will know they’re in the company of an old friend, and even those hearing Earl’s music for the first time will find in it a peculiar quality of familiarity.

An Intimate Evening with Earl Klugh showcases Earl’s virtuosity at its finest. “For me, solo performances are the most challenging,” says Klugh. “Without a band you have the ability to use your imagination more, change time signatures, key, tempo, style, or anything that comes to mind. The only limitation is your own ability to execute your ideas.”