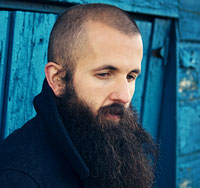 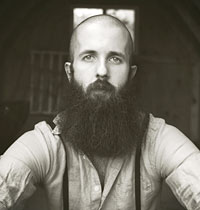 William Fitzsimmons is the youngest child of blind parents. Music was a vital means of communication in the Fitzsimmons household, with the mother partial to folk, while the father favoured classic. William Fitzsimmons himself studied psychology before devoting himself to music. To date, Fitzsimmons has released four albums which fuse folk with electronic music. His soft sound and interesting lyrics have been used on the soundtracks for popular television series such as “Grey’s Anatomy” and “Brothers and Sisters”, which has fed his ever-growing popularity.

His latest album is called “Derivatives” and includes a cover version from Katy Perry’s “I Kissed a Girl” and came out on Grönland, Herbert Grönemeyer’s music label. His sentimental ballads have won Fitzsimmons comparisons with Iron & Wine, Sufjan Stevens, and Simon & Garfunkel. 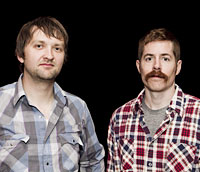 Charleston, SC’s Slow Runner formed in 2003 around the talents of singer/songwriter Michael Flynn and multi-instrumentalist Josh Kaler. The band’s melodic, laid-back blend of Shins-inspired indie rock, peppered with the occasional blast of Weezer-esque power pop, first appeared in 2006 with No Disassemble, followed by Shiv in 2007, Mermaids in 2008, Ghost Rendition EP in 2010 and Damage Points in 2011. They’ve had their music featured on multiple commercials and TV shows and have toured with acts such as Josh Ritter, Avett Brothers, and Built to Spill. 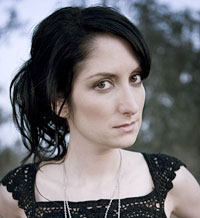 Maria Taylor has released a trio of solo LPs – 2005’s 11:11, 2007’s Lynn Teeter Flower, and 2009’s LadyLuck – called “terrific albums … that bleed wistful beauty” by NPR. She is also known as half of the acclaimed duo Azure Ray, which released its first album in nearly seven years, Drawing Down The Moon, last September. A new solo album, Overlook (Affairs Of The Heart), is scheduled for an early August release.