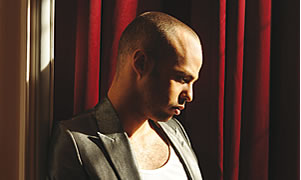 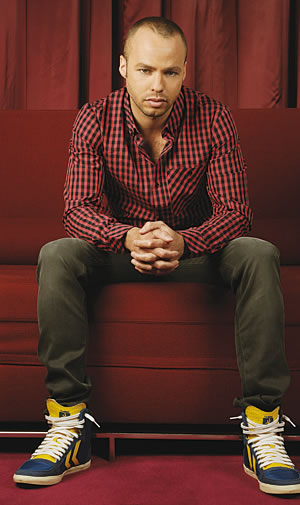 Marlon Roudette was born in London in 1983, but spent much of his youth in the Caribbean. This is reflected in his Soul which has a Reggae flavor. As the son of producer Cameron McVey (Massive Attack, Portishead) Roudette, who now again lives in London, knows how to operate studio technology.

He composes on steel pan and guitar, but his main instrument is his sensitive voice. His 2011 song “New Age” was a number one hit in Austria, Germany and Switzerland. It appeared on the album “Matter Fixed” and combined influences ranging from Sam Cooke to Aretha Franklin. His songs address topics such as death, love and romantic problems. 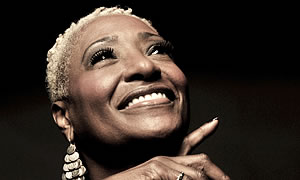 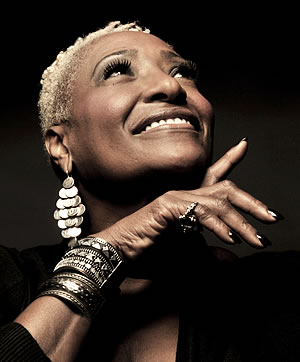 Martha High was born in Victoria, Virginia and grew up in Washington DC. She used to sing around the house all the time and obviously had a gift. While still in high school, Martha auditioned for “The Jewels” and wowed them with her blessed talent and became a member.

After a few years passed they recorded a national hit (Opportunity), The Jewels went on tour to elite nightclubs and theatres on the East Coast of America. It was here that Martha and The Jewels caught the eye and ear of James Brown. Soon they became his opening act and travelled extensively with his revue.

Their first album debut with James Brown was in 1967 – The James Brown Show on the Smash label. Mr. Brown recorded and release several songs featuring The Jewels until the group disbanded. After the break up, Martha stayed with James Brown and continued to work with him as his personal background vocalist for over 30 years plus!!! A length unchalleged by any other…

During her years with James Brown, she recorded a self titled album, “Sal Soul feat. Martha High” for Sal Soul Records produced by Mr. Brown. He also reproduced & released a single on her called “Georgie Girl” flip side, “Try Me” on one of his record labels.

After leaving Mr. Brown, in the year of 2000; Martha went on to record a single called “It’s Hustle Time (I’m Not Braggin’)” along with a live album entitled “Martha High live at Quai Du Blues”. Rave reviews spreaded to fans in Europe, Japan and South America and Martha tour results, were sold out performances.

In 2000, Martha appeared with legendary Maceo Parker and his band as a featured vocalist. She has since continued to tour the world with “The Teacher” Mr. Parker, which allowed her to start her solo career & touring with several bands.

When off the road, you can find Martha, doing workshops & master classes, in and around Paris. She provides her expertise and has been commissioned to participation in the development of rising singers. She’s, like a breath of fresh air, with clarity and quality. Gifted with a sound spanning the musical spectrum from Soul, Rythm & Blues, Rock and Roll, & Gospel.

Her soulful sound appeals to a wide audiences from the young to the “still jammin” seniors! Highly revered by a huge international audience. With her new released Cd, “It’s High Time”, now released in the U.S.A and soon in Europe; Martha continue to serve up a mesmerizing genuine musical sound of soul which includes her style of Rythm & Blues & Funk. 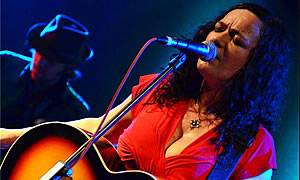 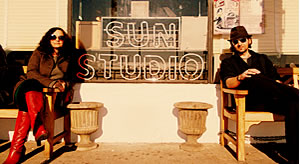 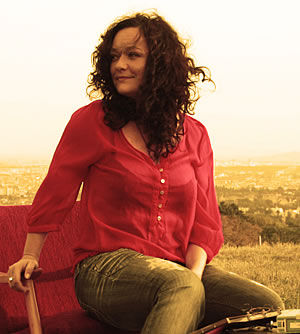 Meena Cryle sounds like a combination of Janis Joplin and Etta James. Her soul and Blues convey desire, devotion, sadness and ecstasy. Her powerful and soulful voice knows how to energetically navigate the world of intense feelings.

The legendary Etta james, one of Cryles’ idols, once explained:” Women have deeper feelings and love more intensely than men.” Meena Cryle sees things in a similar fashion: “Singing the blues means not to be permanently down. Music can help compensate for emotions and help you get out of your own head.

Meena Cryle is from Upper Austria. She has been influenced by Janis Joplin, Tom waits, Etta James and Millie Jackson. For the past 16 years she has been singing with guitarist Chris Fillmore. She has toured Europe with California Blues guitarist Coco Montoya. Cryles’ album “Try Me” was recorded in Memphis, Tennessee.