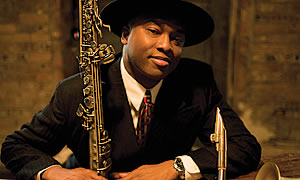 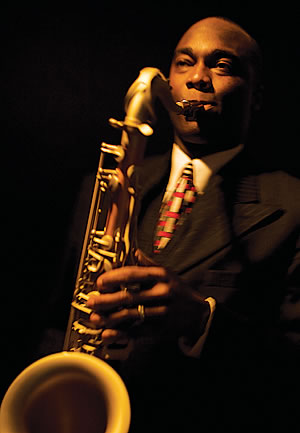 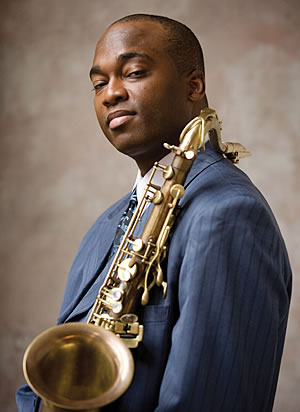 James Carter is a powerhouse musician and one of the most admired saxophonists of his generation, garnering plaudits for his role in helping to propel jazz full tilt into the future over the past twenty-five years. His music is fueled by deep respect and intimate knowledge of the jazz tradition.

Carter spent his youthful days taking saxophone lessons, studying the classics of the masters broadcast on several Detroit public radio jazz shows, and voraciously listening to any records that came into his possession. Around the house Carter discovered the two-album Duke Ellington 70th Birthday Concert and The Quintessential Billie Holiday, Volume 8. “That record covered Billie’s development as a singer in the late ’30s and early ’40s,” he recalls. “That’s where I heard Harry Sweets Edison and Lester Young for the first time. The first two records I bought were Eddie Harris’ Playin’ With Myself and Basie Jam No. 3, an impromptu session with Joe Pass, Louie Bellson, Benny Carter, Eddie Davis, Clark Terry, Al Grey and Al Heard.”

Given his love of classic jazz, Carter was erroneously grouped into that ‘90s catchall category of young jazz lions. But instead of expressing jazz neo-conservatism, he was in motion, breaking new ground with his trad-meets-avant style of propulsion and his dazzling displays of reeds pyrotechnics as well as his heartfelt romanticism. Carter launched his solo career with two superb DIW/Columbia discs. Recorded in 1993 and 1994 respectively, JC on the Set and Jurassic Classics, were initially released in Japan and then issued in the U.S.

In 1994, Carter signed with Atlantic Jazz and recorded a series of superb albums, beginning with his all-ballads gem, The Real Quietstorm, two CDs he simultaneously released in 2000 (his final releases on Atlantic, which soon dissolved its jazz division): the funky-vibed Layin’ in the Cut (his first album with an all-electric band, featuring among others guitarist Marc Ribot) and the Django Reinhardt-inspired Chasin’ the Gypsy (which included his cousin Regina Carter on violin and Romero Lubambo on guitar). The doubleheader was well-received in both pop and jazz circles.

In 2003, Carter recorded a new album of ballads with strings, titled Gardenias for Lady Day.
Carter recorded his trio in 2005 for the Half Note release, Out of Nowhere, and in 2006 recorded Gold Sounds (Brown Brothers Recordings) with pianist Cyrus Chestnut, bassist Reginald Veal and drummer Ali Jackson in a collaborative outing of covers of songs by the pop band Pavement.

In late 2009, James Carter headlined for Heaven on Earth where he leads an all-star group of modern jazz musicians through a live session recorded at the Blue Note in New York, and released on Half Note Records. In addition to Carter on tenor, soprano and baritone saxophones, are John Medeski on Hammond B3 Organ, Adam Rogers on guitar, Christian McBride on bass and Joey Baron on drums. Together they carve out a groove that captures the buzz and vitality of jam-jazz at its most exhilarating.

Carter’s most recent recording will be released in Spring 2011, titled Caribbean Rhapsody features the Concerto for Saxophones written specifically for him by composer Roberto Sierra. The world premiere of the Concerto in October 2002 with the Detroit Symphony yielded rave reviews of this brilliant work. In this four movement concerto, Carter switches off between tenor and soprano saxophones with brilliant technical command. Described as electrifying, fresh, stimulating, and utterly unconventional, Caribbean Rhapsody provides a cross-over of classical and jazz elements showcasing Carter as a supreme soloist.

James Carter tours internationally with a traditional quintet, an organ trio, and the Heaven on Earth Quintet. He also serves as a recording and touring guest with Dee Dee Bridgewater, Odean Pope, World Saxophone Quartet and Junko Inishi.

James Carter is the winner multiple downbeat awards; and in 2004 received one of America’s highest cultural awards: The Dr. Alaine Locke Award, given annually to individuals who have provided exemplary service and leadership in the promotion of African-American culture. 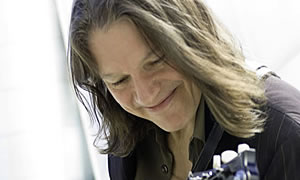 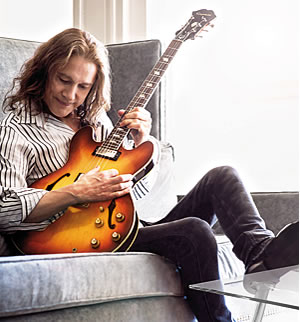 Ford, who Musician magazine called one of the “100 Greatest Guitarists of the 20th Century,” developed his reputation in the jazz and pop world of the 1970s and ’80s as a solo artist, a member of the ground-breaking fusion group L.A. Express and a sideman with Joni Mitchell, Miles Davis and others. But he emerged from northern California in the ’60s as part of the Charles Ford Blues Band. In that group – formed with his brothers and named after their father- he supported blues legends Jimmy Witherspoon and Charlie Musselwhite, getting a hands-on education in the style.

The new album “Bringing lt Back Home” revisits and reshapes the roots of Ford’s first musical love. The guitar kingpin selected 10 tunes from the blues canon, ranging from early Delta pioneer Charley Patton’s “Bird’s Nest Sound” to Bob Dylan’s “You Go Your Way and I Go Mine,” and, along with a hand-picked team of A-list players, crafted dynamic, new and highly original arrangements for each song in the studio.

“Bringing it Back Home is the album I really wanted to make right now,” Ford relates. “I wanted to apply my perspect ive to the music that first moved me, get together with a group of great musicians and play what we were inspired to play at that moment, without any pressure or expectations. The results are really pure, and the most fun I’ve had making an album in years.”

“My goal was to be effortless and honest,” he continues, “and that’s exactly what happened. lt was extremely liberating. Rarely do you achieve the vision you had for an album when you’d conceived it. Typically you bring in other players who have different perspectives, and maybe if you’re lucky you get something similar to your original vision. But with “Bringing It Back Home” everything feil seamlessly into place.

The brilliantly economical version of ” Bird’s Nest Sound” that begins the set realizes another of Ford’s goals for the disc: to wed the blues’ oldest rural roots with the more urban sound of dassie soulas exemplified by Memphis’ historic Stax Records label.

Ford was inspired to record the song after hearing a version by one of Patton’s inheritors, country bluesman Bukka White, on a compilation. “The way we approached ‘Bird’s Nest Sound’ made its emotions very different from those early recordings, adding the textured depth and nuance that’s part of soul music,” Ford says. That’s reflected in Fords’ sweet, keening vocal delivery and the sparse interplay of his warm-toned guitar and Larry Goldings’ subtle organ shadings.

“In the Morning” was the first track they cut, and while the organ and guitar tour-de-force is the disc’s sole instrumental, Ford explains that it set the tone for the sessions.
“Our performanceofthat sang, which I discovered as an old gospel recording with lyrics, brought me into the space I’d envisioned,” he attests. And “space” truly is the key to Bringing It Back Home’s gorgeous, poised sound. Ford says that Miles Davis’ majestic Kind of Blue – a perfect study in how open spaces within the sounds on a recording can establish emotional timbre – was his guidepost.

“Space is always the most important element,” the soft-spoken guitarist and practicing Buddhist avows. “What I love best about blues and jazz is how great players – like Miles Davis or Jim Hall or Paul Desmond – allow a lot of space in their music. That’s where the beauty happens. And we got that on this album by bringing in musicians who understand that idea, and by creating a situation where we all could relax and just do what we do.” Of course, it takes a lifetime of playing to achieve the balance of relaxation and command heard on “Bringing It Back Home”.

Ford’s musical odyssey started in the late 1960s, when the budding jazz saxophonist’s ear was captured by the music of the Paul Butterfield Blues Band and, in particular, the group’s guitarist Michael Bloomfield. He soon put the sax aside and took up the six-string.

“I’d been doing okay on the saxophone, but when I started playing guitar I was able to excel on the instrument very quickly,” Ford recounts. As teens, he and his brothers Mark and Patrick formed the Charles Ford Blues Band, which still records and performs today as the Ford Brothers Band. They quickly graduated from school dances to clubs to supporting harmonica virtuoso Musselwhite and powerhouse vocalist Witherspoon on festival stages.

Witherspoon became Ford’s first musical guru. “‘Spoon’ instilled in me a sense of space, humor and poignance on stage,” Ford relates. “After spending time playing with him I found myself naturally using those things in my own guitar and vocal performances.” Witherspoon’s jazz-inflected approach to arranging and singing further piqued Ford’s own explorations of that genre.

“Joni’s harmonic sensibility and creativity had a big impact on me, and so did the level of musicianship that the other guys in the LA. Express had,” says Ford. “That was an important period for my growth. I really pushed myself to broaden my palette of chords and tones, and to set really high expectations for myself.”

ln subsequent years Ford performed with Bonnie Raitt, Bob Dylan, Phil Lesh and a host of others. By the time he joined Miles Davis’ group a decade later, he’d developed a signature approach based on an axis of blues and jazz mastery. When Ford left Davis’ employ after six months of touring, Davis acknowledged the guitarist’s skills by offering him an open door.

Through it all Ford has kept his passion for the old-school blues he first embraced alive. “That’s why finding songs for ‘Bringing It Back Home’ was so much fun,” he says. “Usually when I get ready to make an album there’ s a painstaking period of writing, when I really push myself to create the best music I possibly can. It’s really hard work. This time, instead of composing I spent a lot of time listening to compilations of rare and obscure material. And when it was time to cut tracks I got to just relax and play the blues.”

Ford’s search yielded nuggets by both the revered (New Orleans composer Allen Toussaint’s “Everyt hing I Do Gonna Be Funky”) and the obscure (“lost” R&B singer Willie West’s) “Fair Child”. To give every track a common, unifying so und and to streamline the recording process, he used only one guitar: a 1963 Epiphone Riviera which he kept exclusively on the “rhythm” pickup throughout the sessions.

“The idea was to not re-invent the wheel,” says Ford. “Everyone knows the blues. My concept was to put great players together with songs that have deep roots and rich emotional terrain, and to just let something beautiful happen. As it turns out, that’s exactly what occurred.”