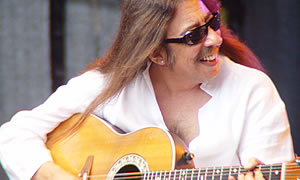 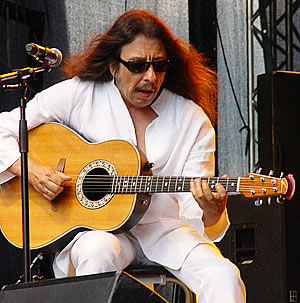 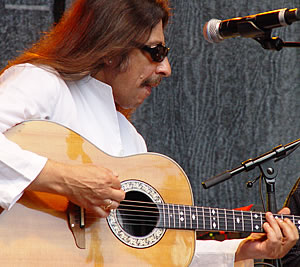 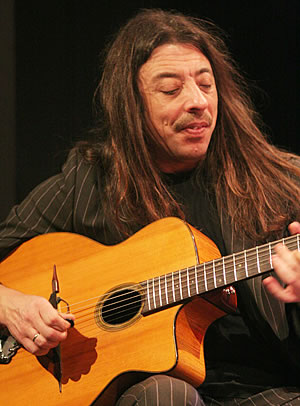 Harri Stojka, a master guitarist whose talents straddle Rock, Jazz, Gypsy and Brazilian music has returned to the center of the Jazz scene in recent years.

His father urged him to practice until his fingers were smoking. He had his professional debut at the age of 13 at the Volksgarten in Vienna. Harri was a fan of Jimi Hendrix, Django Reinhardt, Charlie Parker, and especially, George Harrison.

Stojka’s university was a cassette recorder, on which he listened and then mimicked the solos of his musical heroes. It was bits of Tal Farlow, Joe Pass, Pat Martino and George Benson which helped Harri Stojka develop his own unique style.

His current project “India Express” has led Stojka to explore the borders between ancient myths and modern grooves.