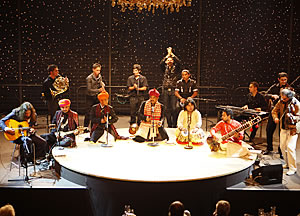 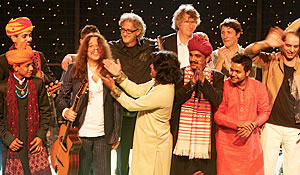 For decades Harri Stojka has entertained his fans with rock, Brazilian music, jazz and Gypsy swing. Already in the 1970s, before he founded his legendary Stojka Express, he was playing alongside greats such as Novak’s Kapelle, Gypsy Love, Peter Wolf and Karl Ratzer. He scored a cult hit in 1980 with “Bau man no was au”.

Gypsy swing has become increasingly important to Stojka. In 2010, he and his friend Moša Šišic embarked on a trek through Indian Rajastan in a search for their musical roots. This resulted in the critically-acclaimed 2011 road movie “Gypsy Spirit” which portrayed his passion for the musical traditions of the Roma.

Stojka’s current album is “India Express”, a beautiful expression of the confrontation between the West and India, between modern grooves and ancient myths.