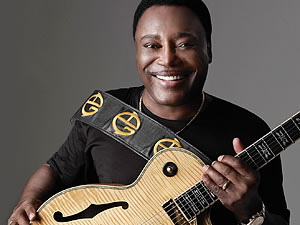 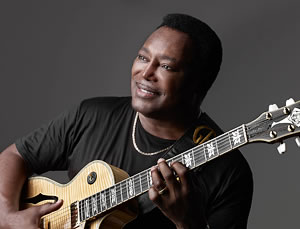 After years as a virtuoso Jazz guitarist, including for the famous fusion label CTI, George Benson re-launched himself as an R&B singer in the mid-seventies. Albums such as “In Flight“, “Breezin’“, and “Weekend in L.A.“ established him as a superstar.

Fans love his Best Of concerts which feature disco numbers such as “Love X Love“ and “Give Me The Night“, as well as classics such as “Moody’s Mood.“ With his charm Benson can convince a listener that the worlsd is only made up of flowers, wine and loving glances.